Before we begin, did anyone else experience their first literary crush on Dickon in The Secret Garden? Or is it only I that has Frances Hodgson Burnett to blame for my unwavering affinity for ruddy, good-natured gardening males who may or may not be able to teach people how to walk.

Our first book this week is by a real, living woman!

How to Be a Heroine: Or, What I’ve Learned From Reading Too Much – Samantha Ellis

It took me way too long to finish this book. Like, close to two years. Not because it’s a difficult read–not at all! This is a very fun book. There were 2 main contributing factors: 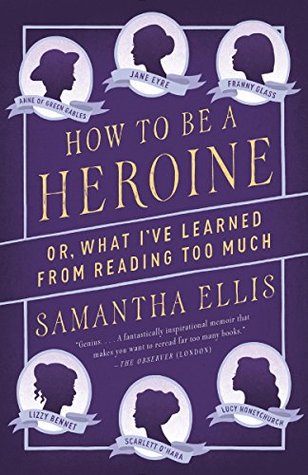 1) I have a terrible habit of procrastinating reading the books I own because there are always library books with deadlines.

2) The premise of the book is that the author is taking us through a memoir-like journey of the book heroines who have influenced her throughout her life, and as such, there were a few books that I wanted to read before I got to those chapters [I think specifically I read Franny and Zooey, A Room With a View, and Cold Comfort Farm with this in mind, and boy howdy will I be shouting about all of those eventually]. So I think I started it maybe summer of 2016? I had received the book as a birthday present in April from my heroic friend Libby, but hadn’t had a chance to read it until after graduation because of, you know, school.

I finally finished it this week, and a significant part of me wished I had read it, oh maybe a TOUCH faster. There is a distinct narrative arc to the book, but I think I could have appreciated it more if I had been reading it faster than 2 or 3 chapters at a time every few months. As mentioned, the book is a loving review of the book heroines that have comforted, inspired, and occasionally frustrated in throughout the stages of her life, from Anne of Green Gables to Valley of the Dolls, as Ellis herself learns to be a heroine in her career, in her family, and in love. She explores how her relationship to each character has changed as she’s grown, and wonders about the various ways that authors’ lives and dreams impact the characters they write. Sit yourself in a cozy chair with a cup of tea and give yourself the gift of remembering books like Ballet Shoes.

[I also just found out in the process of writing this Book Shouting episode that Samantha Ellis (who is also a prolific playwright) has a play called “How to Date a Feminist” and a book about Anne Brontë, both of which I am eager to get on.]

This Side of Paradise – F. Scott Fitzgerald

Before I get too into how bored I was by this book, let me just say that the NAMES in this book were so much damn fun. FROGGY PARKER! THOMAS PARKE D’INVILLIERS! DAWSON RYDER! If you and I ever plan to meet at a hotel under discreet circumstances, you can pretty much guarantee that I will have checked in under the name “Kerry Holiday.” [sidebar: Rebecca shared this delightful characteristic, cc “Maximilian de Winter”]

If you, like most of the human population, read The Great Gatsby in high school and thought afterwards: “heh, i really like this Fitzgerald guy and his ability to construct a tight, swiftly-moving plot” this is…not the book for you. I was decently charmed by the first third or so, but soon enough it becomes clear that Fitzgerald is trying to Say Something about his “generation” and from there on out all I could think was:

Also most of the second half of the book was about how BORED Amory was and, as it turns out, reading about boredom is…BORING??!? Also the women are mostly Manic Pixie Dream Girls who share that best, most interesting characteristic a woman written by a man can have, which is that she hates other women! Swell! (For a sense of the female characters in this book, check out this supremely fun twitter thread by Bess Kalb.)

OH. ONE MORE THING TO RUIN FOR YOU: I’m sure you’ve seen this quotation all over pinterest and instagram and on anniversary posts and whatnot: 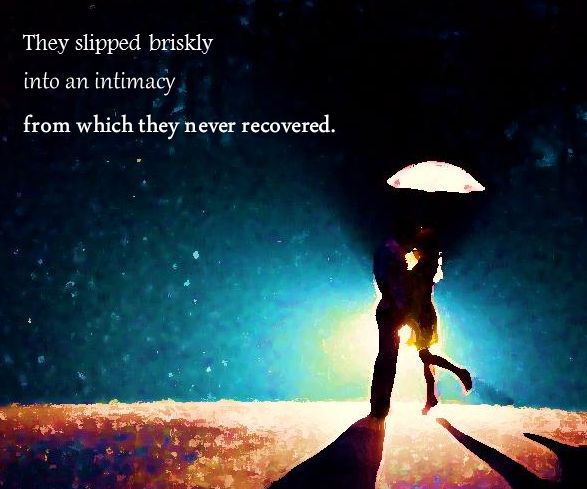 THIS IS NOT ABOUT ROMANCE. THIS IS ABOUT A NON-ROMANTIC MENTORSHIP RELATIONSHIP. I live to disenchant people from their favorite romantic quotes. (I’m coming for that dumb Wuthering Heights quote next.)

First things first, DID ANYONE ELSE HAVE A WEIRDLY STRONG RAY BRADBURY PHASE IN MIDDLE SCHOOL?! The more I think about it, the more I feel like I was maybe OVER-exposed to Ray Bradbury from the ages of like 10 to 15? It all started in 5th grade, when I read the devastating short story “All Summer In A Day” and cried [oh yes, I cried in the classroom. it was a rough time]. A year later, in the 6th grade speech competition (competitive speech was a BIG thing at my tiny middle/high school) I frickn WON by performing that story! Take THAT, 5th grade tears! That same year, in 6th grade reading, we read his horrifying short story “The Veldt”, which is the source of my deep-seated mistrust of Alexa and Google Home and all THAT other nonsense. So time goes on, and, at least for the period between 2007 and 2011, Bradbury was the DARLING of competitive speech prose pieces, at least in the Northern Minnesota circuit I competed in (OR maybe he was just the darling at our school?! Thinking back, I’m not sure if I remember anyone from any    other     school competing with a Bradbury piece). I also checked out a “Complete Works” from the library and had to return it because of how scary it was. (This was during the period of time when my parents were beginning to realize that trying to supervise my reading was a fool’s errand, and from there on out, I basically got away with everything except for one lowkey smutty teen romance I carelessly left laying about.)

So for those of you who didn’t go to a school with a bizarre Ray Bradbury obsession, a quick recap: Bradbury wrote mostly speculative science fiction, usually short stories, often horrific. There’s also, if I may borrow a phrase, something of a Ray Bradbury Extended Universe, in which a lot of themes, settings, and even characters tend to crop up in unexpected places. Several of his longer published works (including The Martian Chronicles) are made up of loosely interconnected short stories, and this one–as the title implies–is a chronicle of a series of missions to Mars. 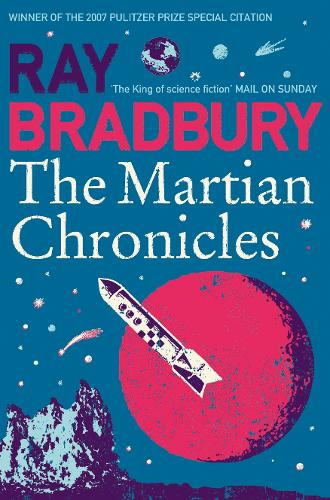 I picked this up because of Overdue podcast, which was kind of an inspiration for this blog in that they talk about books but I always wish they’d do more shouting. I was curious to know whether my memories of Bradbury’s writing would hold up to my highly sOpHiStIcAtEd current perceptions. I am please to report…it absolutely does! Bradbury is such a gorgeous writer that it kind of makes me mad. He has a knack for beautiful, unexpected, eerie imagery, and is an expert at turning that imagery on a dime into something HORRIFYING.

“And, going further, what did Time look like? Time looked like snow dropping silently into a black room or it looked like a silent film in an ancient theater, one hundred billion faces falling like those New Year balloons, down and down into nothing.”

He’s also a master of the absurd, especially when it comes to interactions with individuals who don’t understand each other. At one point while reading I put down in my notes: “THIS BOOK IS LIKE ALICE IN WONDERLAND.” In the same story as that time quotation, someone describes “beautiful boats as slim as women, beautiful women as slim as boats”    which     WHAT?! to BOTH of those things!!?!

I am absolutely terrified of space travel as a concept, but that hasn’t stopped me from gobbling up an excessive amount of literature about space travel. (SPACE IS TERRIFYING. WHAT IF YOU FALL?! YOU’D BE FALLING FOREVER!!)

Also, I regret to tell you that as a young man, Ray Bradbury looked like a less-sassy Ryan Reynolds. It is only a mild exaggeration to say that this information has ruined my life. And with that, please forgive me for loading down this episode with lots of unnecessary backstory. Farewell! Avoid space travel! Find a miracle-working gardener to fall in love with!