oh my god I can FINALLY shout about Killing Eve, which I have wanted to be doing for weeks now but other rants kept getting in the way.

Please, please watch Killing Eve because to my knowledge no one I know [other than the TV critics I follow on Twitter] is watching it and it’s so good and intense and Sandra Oh is fcking INCREDIBLE ALWAYS. If you’re looking for a high-intensity female-driven prestige show but The Handmaid’s Tale is a little too traumatic for you, Killing Eve is what you want. Sandra Oh plays an American MI5 agent who begins tracking down a super-creepy female assassin named Villanelle and they are also kind of obsessed with each other and it is LIFE.

So yeah. Please do that.

The Dead Moms Club: A Memoir about Death, Grief, and Surviving the Mother of All Losses – Kate Spencer 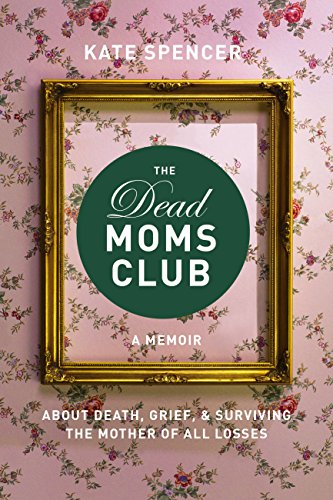 I almost didn’t read this book. Not because my mom is dead [she’s not], but because I’m a paranoid little freak who worried that reading the memoir of a woman who lost her mom and is writing for other people who have lost their moms would somehow signal to the universe that I was prepared for catastrophe. [sidebar: Catastrophe is another excellent show (not explicitly about grief) that I wish more of my friends watched. It’s ridiculously funny, at times quite heartbreaking, and heartfelt in a way that’s a little cynical, which is exactly my cup of tea. Go do that too.]

ANYWAY, BACK TO THE TOPIC.

I’m so glad I read this book. Spencer writes about grief and loss in such a thoughtful and compassionate way, and is also a very funny person who has that special knack for making a joke at just the right time to bring the right amount of levity into a very hard topic. Spencer also reminds us that when a friend is grieving, it’s natural to feel paralyzed or frantic to find the Exact Right Thing To Say To A Person To Make Them Feel Better, when the reality is that nothing you say or do is probably going to make them feel better during this shitty time, but knowing that you’re trying means more than we can know (until we’re in a similar position and hope for the same thing).

p.s. if you are currently grieving the loss of a parent or other loved one [“currently” being a stand in for “at literally any time over the course of your life”], you have my deepest sympathies, and if anyone tells you to read A Heartbreaking Work of Staggering Genius, read Spencer’s book instead.

Call Me By Your Name – André Aciman Another book I almost didn’t read, but for a very different reason. I saw the movie this last winter when it came out and, along with a great deal of the world, absolutely loved it. It was gorgeous, charming, thoughtful, and heartbreaking. If you haven’t seen it, I highly recommend it.

Often when I see a movie adaptation first — especially when I really enjoyed the movie — it’s difficult for me to read the book because the movie’s still playing in my head and I can’t absorb myself in the book.

Happily, this was not the case at all this time — partially due to the style of the book, and partly just due to the power of Aciman’s story, characters, and language. I loved this book dearly and read it in under 24 hours, swept away by the descriptions of the delirious and often excruciating experience of falling in love.

It’s also a story — both book and movie — that’s been very important to a lot of LGBTQ+ people, which my friend Jonah wrote about excellently on his blog in a piece called On Call Me By Your Name: Queer Art Gives You Permission to Feel. [note: the post isn’t super spoiler-y, since this isn’t a spoiler-heavy story, but I went into the movie knowing only that it was about two young men who fall in love in the 80s and really enjoyed the experience of coming to it without a lot of other details informing my expectations, so if that sounds like your jam, maybe read after you’ve seen/read it, but otherwise read away!]

Y’all, the next shout/countershout is almost here!!! Hannah and I have a date set to shout about it, and if the editing/time gods are in my favor that post should be up on Friday, 5.11! As I’ve mentioned before, there will definitely be spoilers therein, and probably some cussing (though if you’ve read this far in this post, hopefully you’d know that…?)

Some brief thoughts on this book: depending on how you’re counting, this is either the 3rd book in a trilogy, or the 4th book in a quintet. I prefer to think of it as a quintet, especially after this read, because of some of the shifting around of the main characters, but Hannah’s in the trilogy camp and maybe we’ll talk about it!

Personally, I’ve been itching to re-read this one ever since President 45 got control of the country’s nuclear arsenal. Swiftly was written during the peak of the Cold War and begins with the Murry family receiving a call from the president to inform them that a foreign dictator has threatened near-immediate nuclear war, so…timely.

I have a lot of thoughts about this book, several of them conflicted, and even though the final book in the quintet, An Acceptable Time, isn’t going to be part of the shout/countershout this week, I might reread it anyway because I remember being deeply affected by it when I read it for the first time a couple years ago and I’m curious to see how it contributes to the themes and threads of the other books in the quintet. 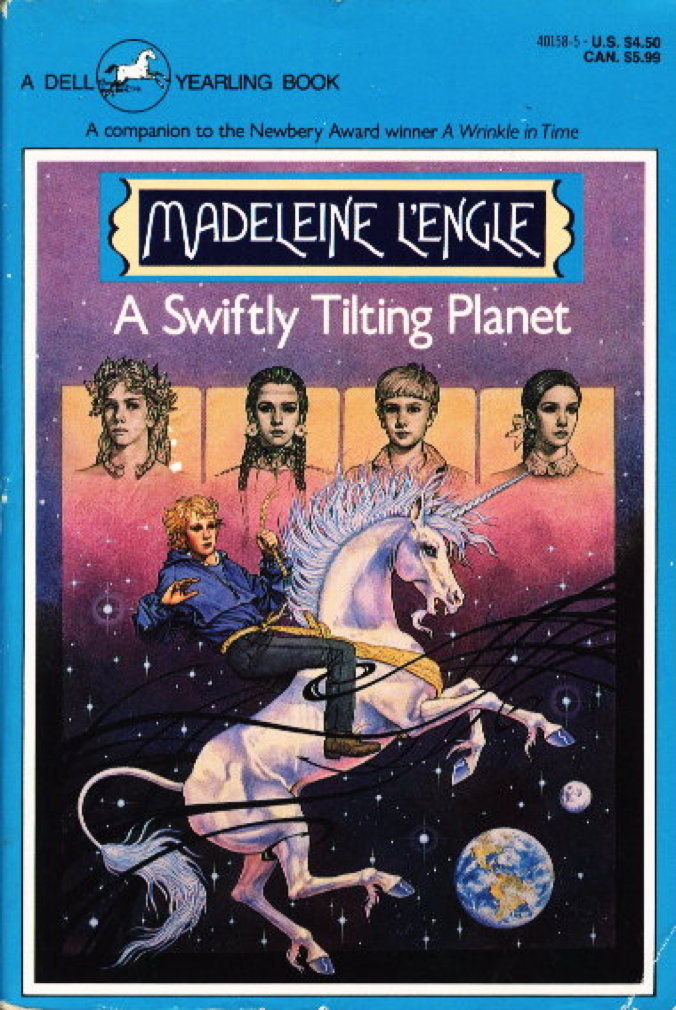 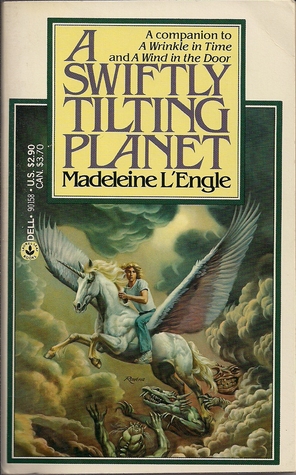 “yeah, there’s a unicorn in this book, DEAL WITH IT.” – every single one of these cover designs

See you on Friday, by which time it’s likely you will be completely hypnotized by the magnetic charms of Sandra Oh and we can shout together!